Paul Shaffer and The World's Most Dangerous Band CD 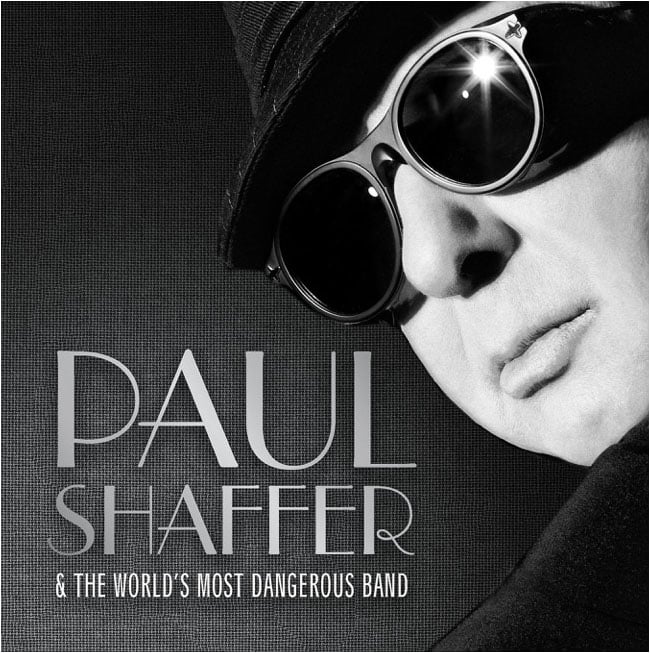 You know him, you love him, you can’t live without him: he’s Paul Shaffer, formerly the bandleader for Late Night with David Letterman and The Late Show with David Letterman, and he’s back with the gang of musicians who faithfully accompanied him for so many years – The World’s Most Dangerous Band – for an all-new self-titled studio album.

Yes, that’s right, Shaffer is once again playing alongside Felicia Collins (guitar), Anton Fig (drums), Will Lee (bass), and Sid McGinnis (guitar), with Tom Malone, Frank Greene, and Aaron Heick (horns) along for the ride as well. But there are guest vocalists afoot, too, some of them surprising but all of them recognizable, including Dion, Jenny Lewis, Bill Murray, Darius Rucker, Shaggy, and Valerie Simpson.

Produced by Richard Gottehrer, Paul Shaffer & The World's Most Dangerous Band features lots of fun covers including David Bowie’s “Sorrow,” Vince Guaraldi’s “Cast Your Fate to the Wind,” and Timmy Thomas’s “Why Can’t We Live Together.”

It’s destined to be a good time all around.